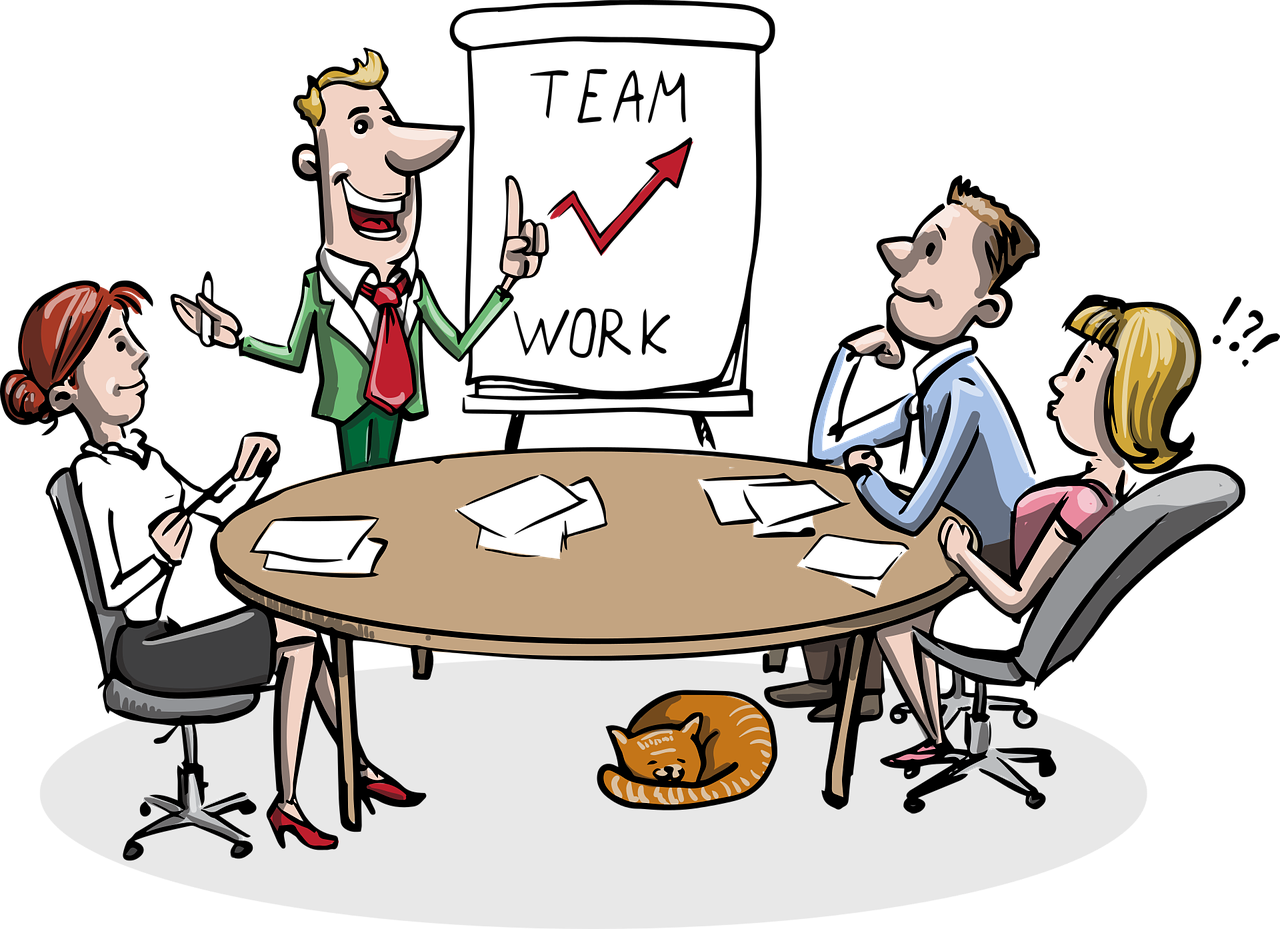 A comment by an ex-colleague on a LinkedIn post grabbed my attention: “…surely a good strategy and strong leadership drives the culture.”

It kind of resonated with me; I intuitively sensed what he meant, though I might have put it differently. It got me thinking all the same.

The LinkedIn post he commented on was titled “If You Get The Culture Right, The Other Stuff Will Take Care of Itself,” with a background image quoting the famous line attributed to Peter Drucker, “Culture Eats Strategy for Breakfast.”

I agreed with the sensible points in the article. If most organisations embodied the tenets the writer mentioned, the workplace would be so much more stimulating and growth-enhancing for most people. And, perhaps, more of us would feel truly fulfilled in our work.

But I still couldn’t help thinking about the way many of us commonly interpret that phrase, “Culture Eats Strategy of Breakfast.” It can be so easy to perceive the statement as inferring that culture is more important than strategy for organisational success.

Or maybe it’s completely inappropriate to compare ‘culture’ and ‘strategy’ in this context; because there’s a hidden fallacy in this comparative perspective.

Another LinkedIn user could have been on a similar train of thought when he too commented on the article, saying: “I had a chance to work with several companies with great culture & poor strategy. The results was tragic and things definitely did not take care of itself. I actually know about several companies which was doomed by this kind of ideology. So please be more careful with your claims…” [sic]

Rather than looking at culture and strategy comparatively, what’s more important is to recognise the common factor in both: leadership.

A healthy, dynamic organisational culture doesn’t come about by accident or luck. It’s the senior leadership that predominantly create and sustain it – chiefly, by their own actions and behaviours, including what they advocate, tolerate or suppress in the organisation.

Similarly, a sound strategy doesn’t just fall from the sky like manna from heaven. It’s conceived or developed by effective leaders, supported by their well-managed teams.

Leadership effectiveness is a more fundamental feature of organisations that remain at the top of their game over the long term. A great culture and a sound strategy, irrespective of their comparative importance, are simply the fruits of having effective leadership.

Yet savvy business leaders know that culture and strategy alone are inadequate for sustainable organisational success. There are other ingredients that go into the mix. The most pertinent to mention here is ‘execution’. No matter how awesome the culture and how brilliant the strategy, if the organisation can’t execute the strategy into real-life performance then success will remain a mirage.

Here again, we see the vital importance of having effective leadership – it’s the senior leadership that must marshal the organisation and its external resources to deliver the strategy.

In the end, no matter how great any organisation is in any respect, it is always the people that matter most – they make the difference. And the people who have the greatest impact are the senior leadership; if they’re mostly ineffective, the organisation could likely end up in the dustbin of corporate history.

Senior leaders who are effective at the job don’t fret about culture eating strategy or vice-versa. They focus on sustaining their own leadership effectiveness, a key element of which is nurturing an organisational culture that supports the business strategy and ensuring the strategy incorporates and leverages the culture. It’s more about alignment and congruence than comparative importance.

So, does culture really eat strategy for breakfast?

‘Probably an inappropriate question. Just as the whole comparative deliberation on ‘culture vs. strategy’ may be pointless.

It’s a bit like considering the comparative importance of the sun and the moon. Or pondering the relative importance of the human heart and the human brain. In some senses, strategy is like the thinking, logical brain, while culture is like the sensing, feeling heart. You can’t get your groove on based on rational logic only. And emotional feelings alone are just as inadequate. An organisation without the right strategy will find itself floundering in its market, like a lost traveller in the wilderness. An organisation without a healthy culture will perpetually find life just as gruelling as the traveller in the wilds plagued by a defective heart.

Culture, strategy and a few other ingredients, in a congruent mix, produce the magic of true organisational success. But effective leadership is the magician that conjures it all together. 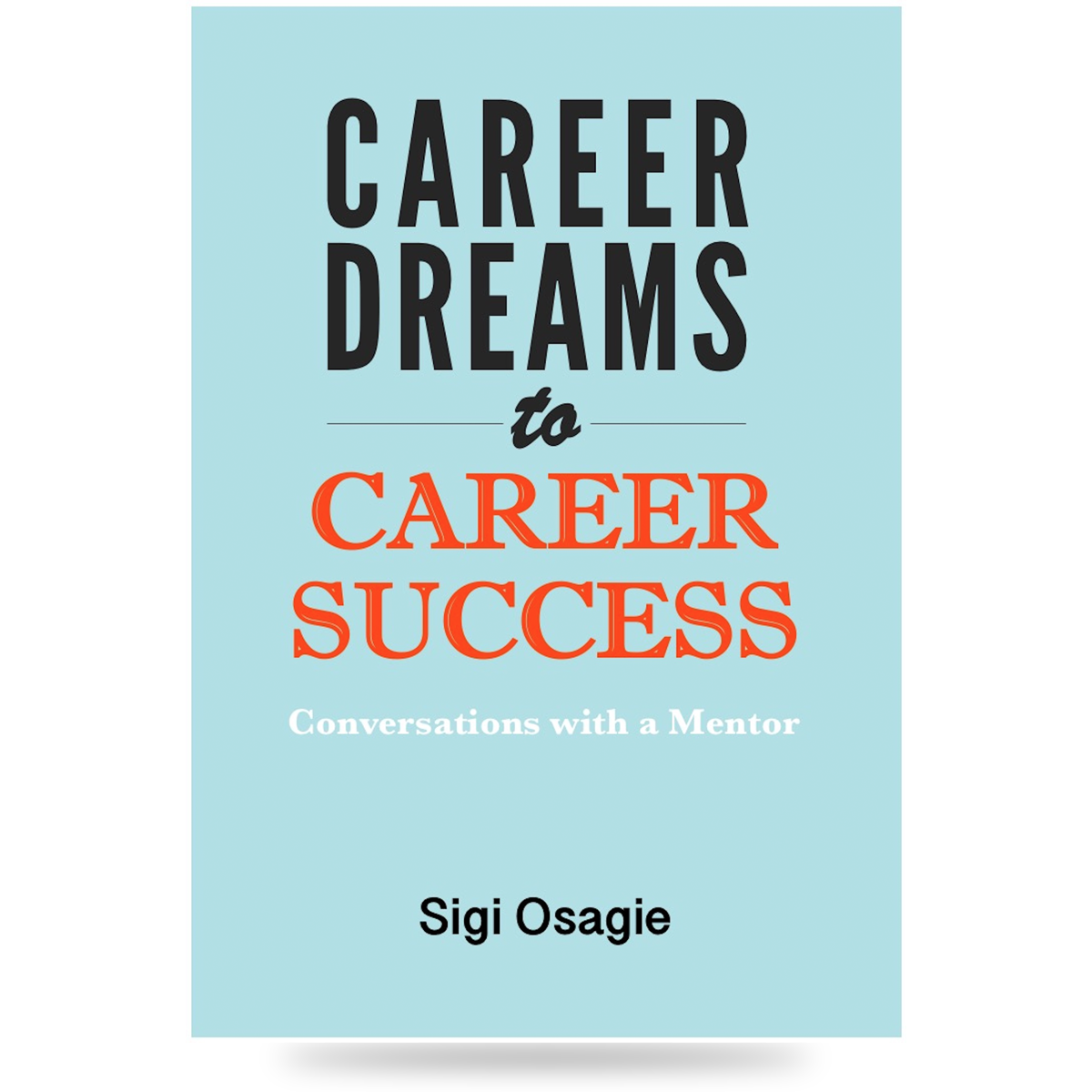 Career Dreams to Career Success — Conversations with a Mentor

“If ur organizational transformation / #changemanagement objectives don't resonate with stakeholders and sound meaningful to them, u'll constantly struggle to win them over to the agenda.”: https://t.co/mnr5I7zm2b

“One of the key ingredients for reaching your career dreams is the flexibility to recognise when life is giving you a better scheme of stepping-stones.”: https://t.co/NncGYfW2bJ

"The demand for better supply mgt. is likely to intensify in the coming years, as orgns. seek to avoid reputation damage, supply disruptions & other pitfalls. #Procurement functions will need to polish their game to meet expectations & shine”: https://t.co/AwR3NnZV7e

“Organisations that 'walk their talk' with sound #talentmanagement know that talent that is well-nurtured and harnessed sensibly is the soul of any successful organisation.”: https://t.co/Q6KPOb0c8x 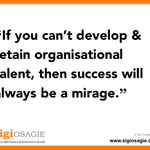 “Most stakeholders will buy into ur project / #changemanagement initiative if it will yield +ve impacts with minimal pain. U'll find it easier to convince them if u understand the dynamics of human interactions.”: https://t.co/mnr5I7zm2b

Reply on TwitterRetweet on Twitter1Like on TwitterTwitter
Load More... 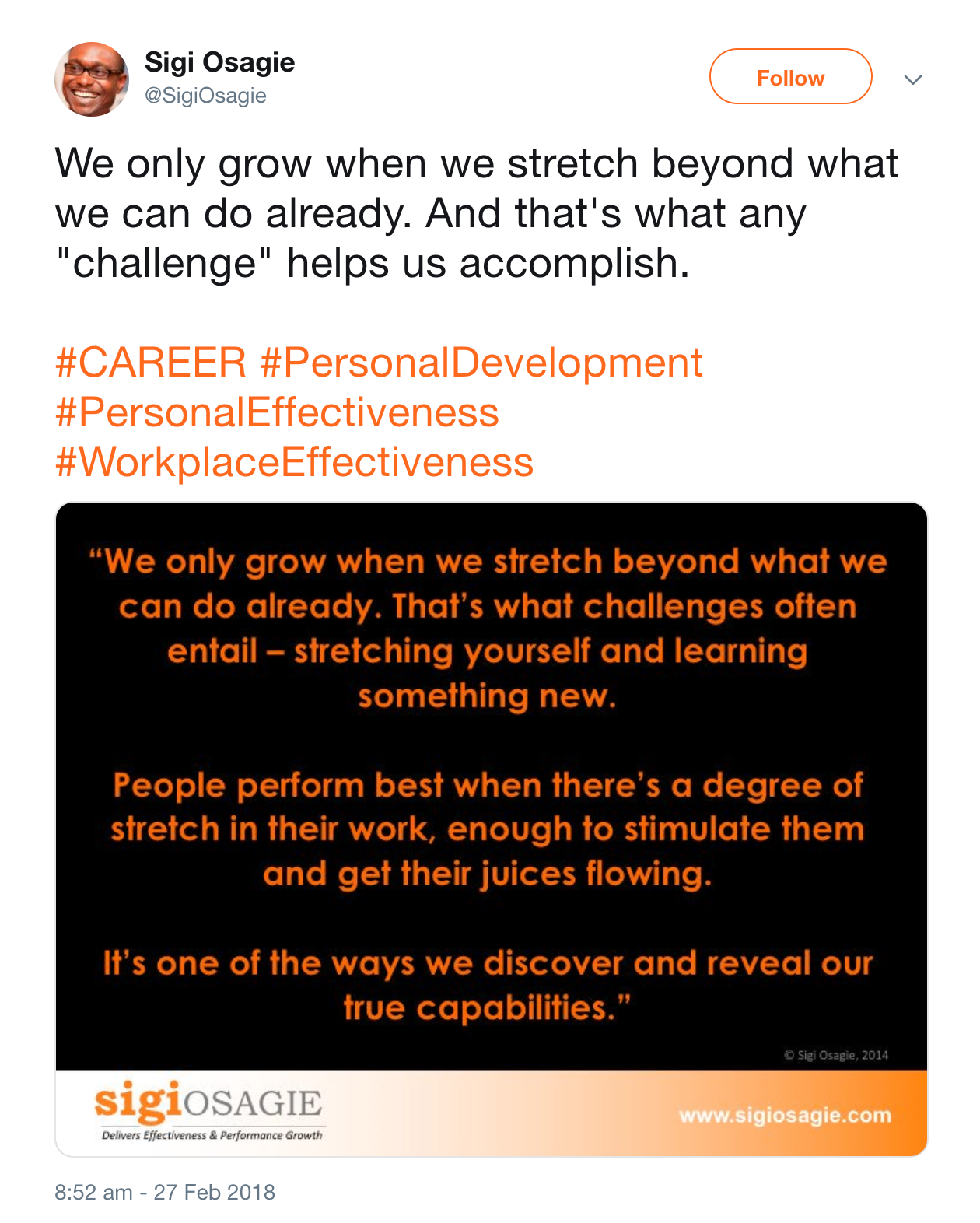 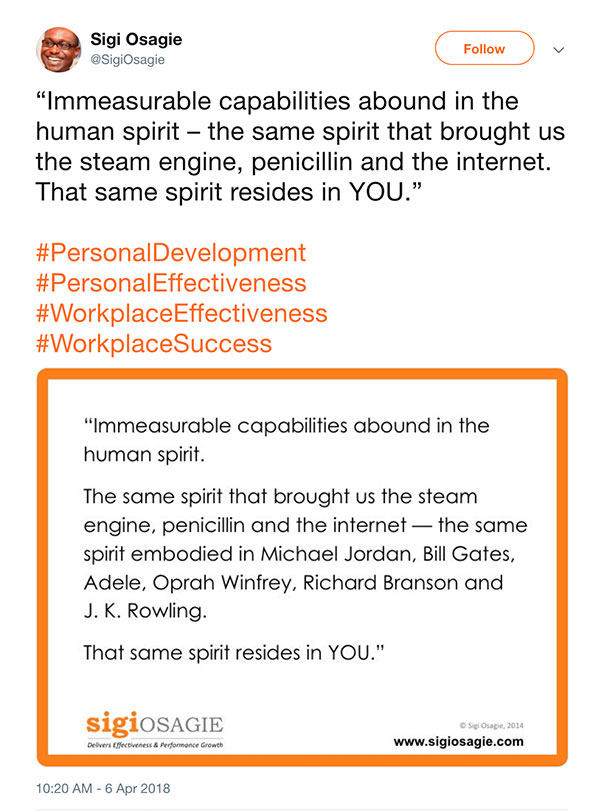 Thanks for considering me to speak at your event. Please complete the form below, and I’ll be back in touch with you fairly quickly.

the Seth Godin of Procurement 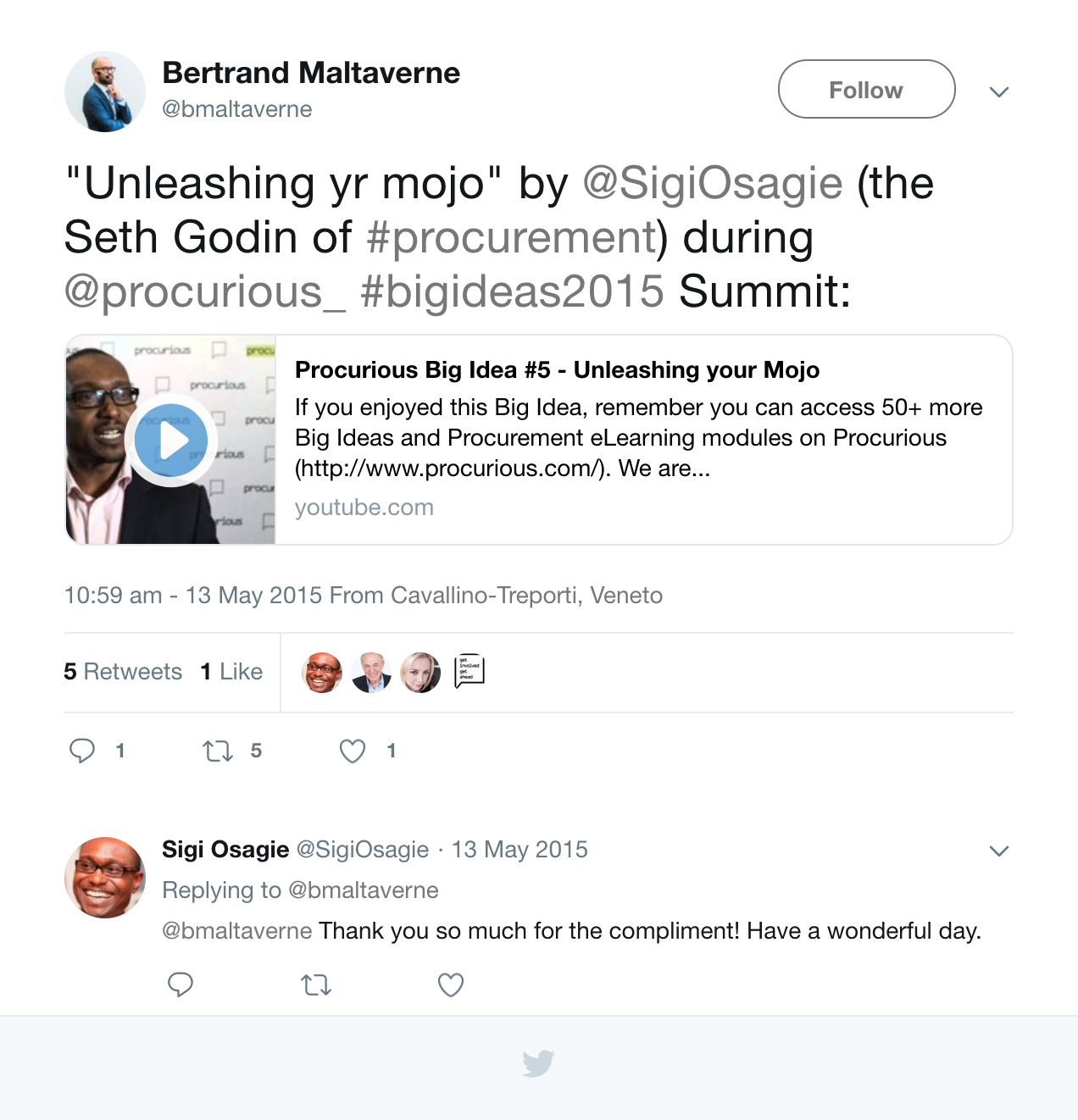 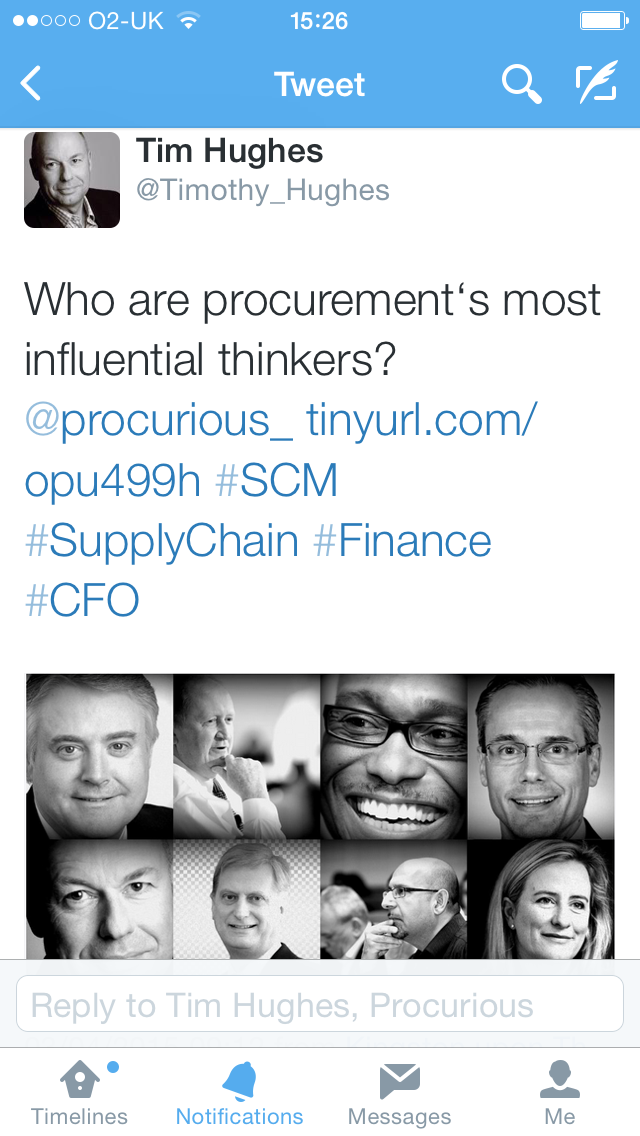